A lot of people are hopping on the craft beer wagon, and a growing number of people are pushing for local business. That’s great, and as it should be. Supporting local is like supporting an extension of ourselves. It gives us  sense of pride, almost as if we are living vicariously through that business. “That’s from my town!” we might think or even say.
When we hear of the success of a local business or hobbyist it’s one thing, but when its from where we live, or where we grew up or have friends and family, it holds so much more meaning. This is what The Barley Men hope to bring to the fore, to publicize your bragging rights Plainville! No, The Barely Men are not from CT, but we are from New England and only 40 minutes away, so we’d say that’s local enough.

Today, we’d like to introduce, to those who don’t already know, Relic Brewing. Relic brewing has only been around for approximately two years, but they are a great addition to CT, let alone the world of craft beer.  The competition is tough, and sometimes  styles can lose their luster or seem very comparable to other brands. This in a way is a good thing, as you will see in the following interview.  In this explosion of beer enthusiasm, new brewers need to be on their toes and ready to be different.

Relic is one of these, and no, they aren’t an extreme brewing machine that has to out hop every beer out there. Nor are they an indistinguishable beer, only to be lost in the sea of ales and lagers that tend to stagnate on shelves or be a staple go to for the average Joe.

I (Nick) first had this beer at J. Timothy’s Taverne, also in Plainville. When perusing (using this term accurately), their beer menu I noticed “Relic.” Not knowing if this was a beer name or brand, I asked the waitress and she explained its a brewery and on tap was Field Hand, a farmhouse ale.  This is a style I am starting to fall in love with, and after having it form Relic, I think I actually may have finally become lovestruck.

When I first received my glass, served in a tiled and rounded mug, I sniffed the earthy aroma.I immediately sensed a bit of Belgian nose. When I took my first sip, there was a sudden strong Belgian flavor, which can be a turn off but it holds back its intensity almost as quickly as it strikes your palate. As it smooths out, there is a slight bitter finish as it makes its way off your tongue. This, is very easy to drink.

Unfortunately, I only got to try one of their brews. For a complete listing of their beer please visit http://relicbeer.com/.
However, with just one beer, they have left me thirsting for more and we cannot wait to visit their brewery and try the other styles.

I was able to speak with the Head Brew-master and owner Mark Sigman, and this is our interview.

TBM: What is your philosophy on brewing/beer?

Mark:  Our brewery is all about yeast. Most breweries use one house strain, maybe two, but we use many different strains, and start all recipes first with yeast, and really plan around that. I love blending yeast strains, I dont want our beers to taste like other peoples beers, we also use wine yeasts and champagne yeasts and wild yeasts, including many strains of brettanomyces.

TBM: What made you want to start brewing?
Mark:  Always been a do it your self kind of person, and became really interested in craft beer and the varieties and flavors around 94 living in Jackson Hole Wyoming and traveling around the west, where craft was king around then

TBM: Where do you draw your inspiration for your beer? And your labels (they’re awesome)?
Mark: The inspiration comes from foods I have eaten and flavor profiles, I am really into cooking and food, or from classic beers I have tried. I try to have 1000 different kinds of beer a year if possible small tastes keeps the mind thinking of ideas. The labels are ideas I come up with when I cant sleep.

TBM:  If you had to choose a style of beer what would be your favorite?
Mark: Saisons, the whole family of beers, dark, light, strong, weak, the entire world of saisons.

TBM: What do you think makes your brewery unique to New England, let alone CT?
Mark: It really comes down to our creativity, generally with yeast strains, we do everything and really are not afraid to experiment and take risks, other brewers simply will or cannot. We dont have huge loans or investors, we also have great branding and labels, as good as anyone.

TBM: Which one of your beers would you recommend as an introduction to Relic, for someone who has not had the experience?

Mark:  Fieldhand is the ultimate relic introduction, because its our mainstay spring, summer and fall saison and really represents us, The Huntsman Oatmeal stout is our winter mainstay and is just super flavorful, The Witching Hour Dunkelweizen is a fall and spring regular, and is super unique, no one makes this beer and ours is ranked nationally on most of the sites.

TBM: For any aspiring brewers, do you have any words of advice?
Mark: Homebrew for a long time do see if you really love it and the work around it. Experiment a lot. Have many people try your beer and be really critical about it, never be satisfied, always strive for perfection. Don’t think running a brewery is in any way easy, cuz its not, and its tough to make it in a increasingly competitive environment.

TBM: Lastly, any funny stories? Every beer tells a tale.
Mark:  I like making fun of people for fun, you know kidding around, so I am routinely busting on the good customers I know in the tasting room, its typically funny. We had an emergency at a boston festival, right before where I forgot all the serving hoses, so we had to find a homebrew store in cambridge, we kept driving in circles, and were just not getting anywhere, and then realized that my phone, and my assistants phone (same phones) where both trying to give us directions one to the right place, the other back to where we started, wasted 20 minutes driving in circles as the two phones competed against each other. complete stupidity.

I hope anyone who reads this gets the privilege of trying Relic Brewing, if not for the locality but just to enjoy the ambiance that is their beer. As you can tell, the beer has something in common with it’s creator, a personality.  So be proud of your local brewer, and by all means visit the brewery or see where Relic is being served, you will not regret it. 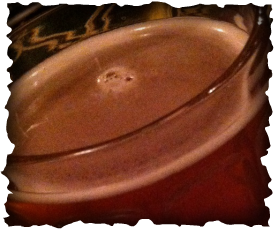