Maybe we remember a little fiasco that happened in late 2013 between the big coffee yuppies  and a small Missouri brewpub called Exit 6. In a nutshell, a consumer stated a certain beer tasted much like a Starbucks Frappucino (spelled slightly differently), thus dubbing it a Frappucino stout. GASP!The genius evil giants caught wind of it and sent a Cease and Desist (which will be called a C&D here on out) because the name was trademarked, and apparently their customers are too ignorant to tell the difference between a beer and a sugary coffee based beverage.   Granted, they had a point, this was a trademarked name, but alas the cliché molehill mountain was thus created. 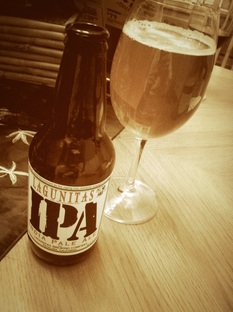 The following Social Media feeds and complaints overloaded servers (probably). In a way this worked out for us beer nerds, it raised awareness of local craft brews and breweries, made us appreciate the little guy, and made us more aware that we as a beer loving worldwide community must stick together against the corporate-has-nothing-better-to-do-with-its-time world. But, I digress, I now bring your attention to the main part of this blog.Recently, one of my favorite breweries did something just as asinine. Lagunita’s, took a page out of in fact, if you read the quotes from this article http://insidescoopsf.sfgate.com/blog/2015/01/13/lagunitas-brewing-sues-sierra-nevada-over-ipa-label/ you will notice the same form C&D letter requesting that Sierra Nevada (also a favorite) remove the “IPA” from their current IPA label because it would confuse the locals.

I don’t know about you, but that seems like an insult to our intelligence, let alone a waste of time.  Do you realize, and by “you” I mean Lagunita’s drinkers, that your hard earned money used to purchase beer, is being sent to lawyers to draft up letters to other breweries because they use un-trademarked initials in their labels? Really? It’s one thing if you inadvertently take on the brand name of someone else’s product, or even maliciously do so. But to use letters, which in reality are being misused, and claim they are “unique to the iconic design of the Lagunitas IPA.” That’s outright bogus!

First of all I was under the impression that there’s a universal “don’t step on each other’s toes” rule that’s prevalent in the craft beer world. Secondly, IPA is a style not a brand. If anything, it’s iconic to Britain, and in America I think the IPA award goes to Stone brewing or even New England Brewing for their Ghandi-bot (check the headlines on that one too).

When does it get to the point where we make so much money that we then say, ‘hey, lets take money from other people! They don’t need it.” Truly the art, nay the passion, of making craft beer seems to be alluding Lagunita’s at this time. Think of the reality too, if I go to a store and I see a label and it says, “Hop Hunter,” I’m probably going to assume it’s an IPA. However, with everyone in this country blasting hops into everything, it can be hard to tell. Heck, they even have “IPL’s” now, that is, India Pale Lagers.

If I see IPA listed on the bottle so I can see it, I will know what to expect. There are so many other beer companies out there with IPA on their labels, does this mean that everyone in the country will get confused and think Lagunita’s is the only IPA? When people think IPA they usually think of two things, (1) yuck bitter, or (2) yum bitter, citrousy, fruity, crisp, etc. In fact, the initials IPA is not correct. It’s like calling sparkling wine “champagne.” All IPA’s in America should be considered IPA-styles. Unless they are made just like it was done hundreds of years ago in Britain, with all the same ingredients from the same location.

Even looking at the label, it would be impossible to confuse anyone. The letter’s are a different font and are the snazzy Sierra Nevada style we all know and cherish. Now, as I looked back and read this article, I noticed it was stated it Lagunita’s has a lot of time on their hands.  Apparently so did I.

On a positive note, Lagunitas dropped their suit due to negative publicity, maybe they should start working on a new beer: ISA ( I’m Sorry Ale) 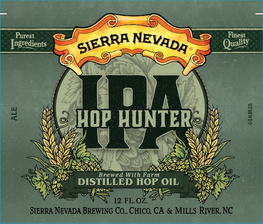