The day had finally arrived after much planning and effort. Barley Man Nick was as giddy as a school girl, shrilling and giggling about the opportunity to try all these different Sour beers. However, I had my reservations. You see, I have a secret. I’ve never had a sour beer before. I know all of you reading are saying to yourselves “You’re a Barley Man, how could have NOT had one!?” Well I say unto thee I was afraid, put off by the notion of drinking something that tasted like vinegar. So I was disinterested and saved my penny’s for things I did enjoy. Still, I was excited at the chance to try to many new things, but nervous that my mouth would be get shot-gunned with sourness.

When you think of a Sour ale ale’s you most likely think the Belgian Lambic but the BJCP, Beer Judge Certification Program guide outlines six styles in the Sour Ales Category 17 and GABF, Great American Beer Festival, displays even more in Categories 19, 20, 24, 65 and 71. (I guess you could throw Kvass in there too)

Our tasting day had a motive, convert a family or friend into a beer drinker. We had our figurative ginger bread house built to entice the sweet, our cards were stacked with variety, and we talked up the fact that beer is no different than food. We’ve all certainly had a bad piece of anything and a good piece of the same thing. That didn’t necessarily deter us from trying it again. We just had to find the good stuff that catered to our taste buds. Such is the same vein of reasoning with beer. You cannot resist, you will be assimilated, we are The Barley Men! (cue StarTrek: First Contact)

We decided to lay out our delectable liquids for our test subjects, I mean friends, from sugary to sour. At least what we had envisioned sweet and sour it to be. We thought the palate would be less fatigued by the time it got to the sour, it would embrace the sour!

If you’re a home brewer this great site deals with brewing Sour ales, among other things, The Mad Fermentationist, will help you to see how they’re constructed and what goes into the process. 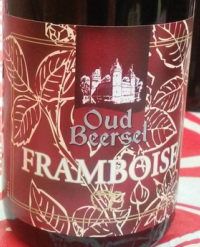 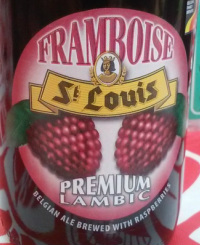 Brouwerij Van Honsebrouck (Castle Brewery) – St. Louis Framboise
Style: Lambic with Raspberries
ABV: 4.5%
IBU: NoneTBM Chris – “Sticky sweet, fake fruit taste”
TBM Nick – “It’s like drinking a jolly rancher”This was a clear winner with the ladies of the tasting. Converting most, if not all, to seeing beer as different. It’s sweetness lent itself to being easily drinkable, if you like drinking cool aid that is. It’s extremely sweet tasting and can be easily overpowering. But this could be a gateway beer for some into regular fruit flavored brews. 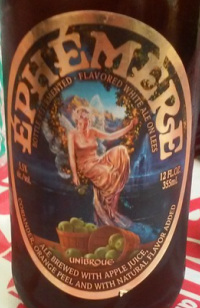 Unibroue – Éphémère Pomme
Style: White Ale brewed with Apple Must (Yes, I KNOW)
ABV: 5.5%
IBU: 10TBM Chris “Wonderful apple, almost like champagne.”I have to say this was one of the ones I was really looking forward to trying. Not only because my brother rants and raves about Unibroue, but because it’s something different. I enjoyed the lightness on the palate and the crisp finish. If this was served a bit colder it would have been perfect. 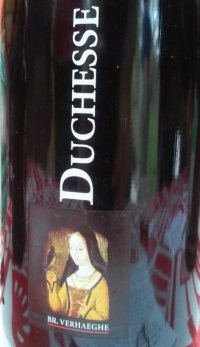 Brouwerij Verhaeghe – Duchesse de Bourgogne
Style: West-Flemish Red Brown Ale
ABV: 6.2%
IBU: NoneTBM Chris – “Very sour, acquired taste. Maybe not cold enough”
TBM Nick – “Definitely fermented nose, mealy feel with almost honey note but not a fan, vinegary”We believe that if we had drank this colder it would have been received better. It had an extreme vinegar taste and smell. We’re not sure if this is the brewers intention or we just had a bad bottle. We’ll have to try it again. 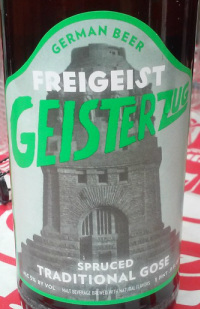 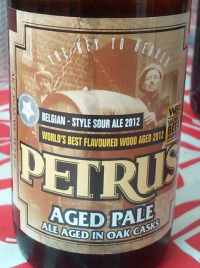 Brouwerij De Brabandere (Bavik) – Petrus Aged Pale
Style: Sour Ale
ABV: 7.3%
IBU: NoneTBM Chris – “Super sour, definitely barn yard.”
TBM Nick – “Hits you in the nose and coats the tongue and bit bitter”Tasted like a cross between a saison and a sour. I got a bit of barnyard and had a light mouth feel. Not a crowd pleaser. 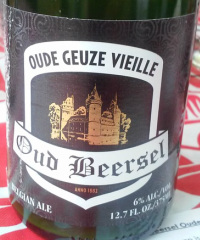 Brouwerij Oud Beersel – Oude Geuze Vieille
Style: Gueuze
ABV: 6%
IBU: NoneTBM Chris – “Eck ..”
TBM Nick – “Like a sweet euro lager and gets better as u drink it”Some liked and some didn’t. This was an acquired taste. I obviously didn’t enjoy it, something tasted off. But others, like Nick, needed to drink lots of it to get enjoyment out of it. 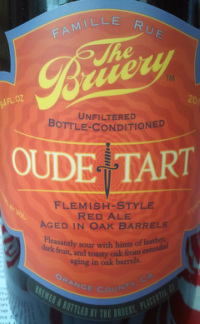 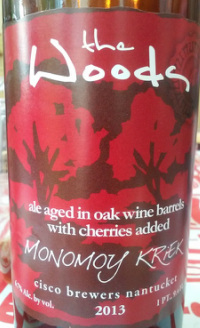 Cisco Brewers Inc. – Monomoy Kriek
Style: Cherried Flemish Red
ABV: 6.7%
IBU: NoneTBM Chris – “Soo tart, appreciate it.”
TBM Nick – “Tart oak good aftertaste”So, yeah, I appreciate the effort that went into this but it was just too tart for my sour-less palate. Again, we believe it needed to be served colder. That’s what we get for planning an Biergarten tasting outside. Note to self, keep on ice. 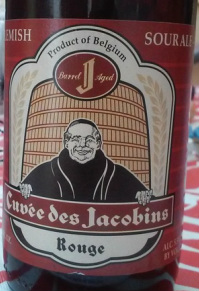 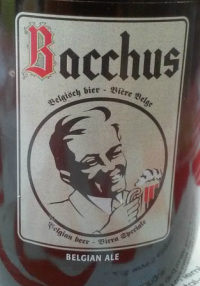 Brouwerij Van Honsebrouck (Castle Brewery) – Bacchus
Style: Flanders Oud Bruin
ABV: 4.5%
IBU: NoneTBM Chris – “Like the depth”
TBM Nick – “Smooth not as tangy as I expected”It actually had some depth, probably because it’s an old lambic. Certainly drinkable and something I would definitely suggest to new “sour” drinkers. 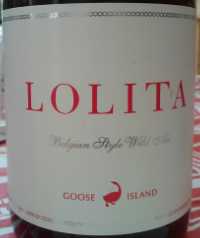 Goose Island Beer Co. – Lolita (2013)
Style: Belgian Style Wild Ale
ABV: 8.7%
IBU: NoneTBM Chris – “Tastes dry and light, subdued tart”
TBM Nick – “Earthy tart crisp slight bitter finish”This one got a lot of different reactions. Some said “tasted like old lolita” “old lady bathwater at room temperature”… well you get the picture. Something about it was off putting. Although it had some redeeming qualities, it was light, dry, tart and crisp. 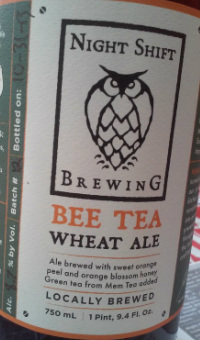 Night Shift Brewing – Bee Tea
Style: Belgian Strong Pale Ale (Nick had to have it)
ABV: 8%
IBU: NoneTBM Chris – “Exactly as described. Really interesting. Love it!”
TBM Nick – “Very perfumey bitter finish, but oh honey and tastes like dark steeped tea”I actually really liked it, but most did not. I enjoyed the flavor profile. But if you don’t like what it says “ale brewed with sweet orange peel and orange blossom honey. Green tea…” then you won’t like it. Because that’s exactly what it tastes like. It’s light but all the flavors are there. Would drink again!

Wow, lots of beers to try and there were mixed emotions from the tasters. Most were new to the whole “sours” idea but were willing to try new things. The most well received of the bunch wasBrouwerij Van Honsebrouck (Castle Brewery) – St. Louis Framboise. Most likely because of it’s sticky fake sweetness, appealed to the candy lover in all of us and converted the most to at least trying beer. The least favorite mentioned was Goose Island Beer Co. – Lolita (2013). It had, to some, a very off putting fragrance.And the most interesting of the group was, even though not a true sour, Night Shift Brewing – Bee Tea. Just because it’s a tea beer and it’s local.

Until next Tasting Day dear beer drinkers, keep trying new things. You may surprised to find what you like. And what you thought you would and don’t.