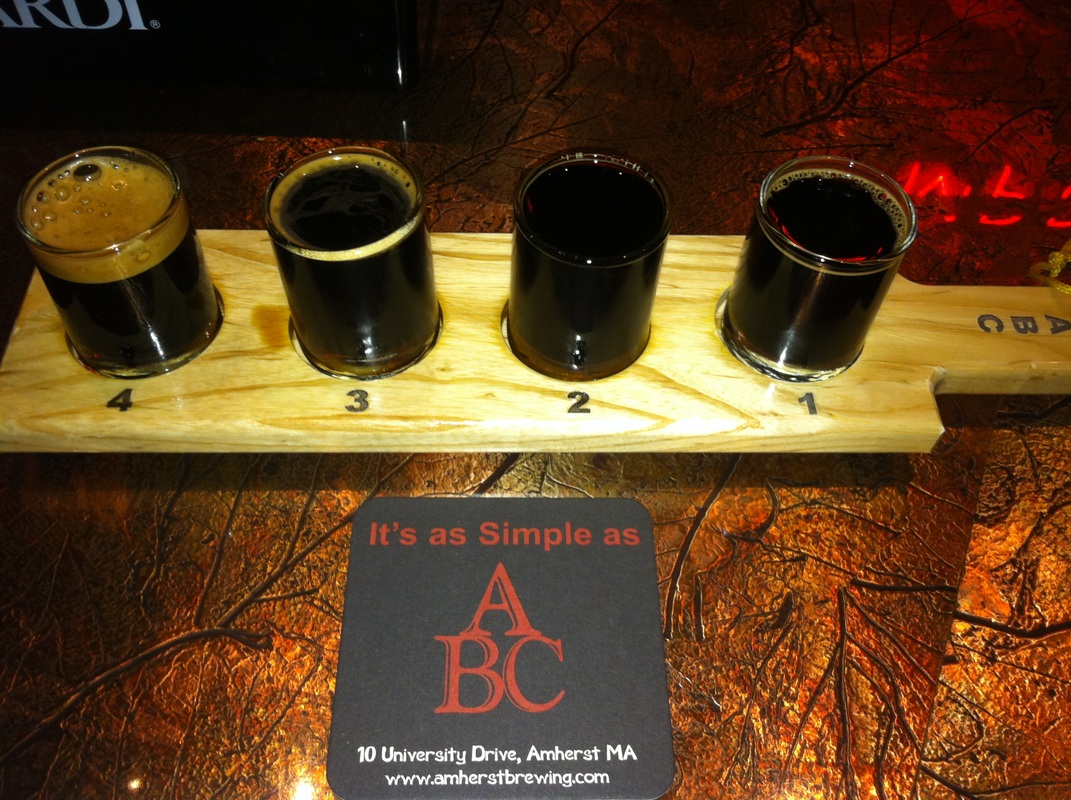 Even though we didn’t get a chance (after much persistence) of interviewing the brew master, we won’t hold that against Amherst Brewing Company (ABC), we now how busy running & owning a restaurant plus brewing mass quantities of delicious fermented nectar can be. Here’s an article about our experience with ABC. Why not check them out for yourself?

If You like family friendly restaurants (also great for the college student), great food and seemingly endless beer, make Amherst brewing your next stop.

Their newer facility allows for parties, large or small. The wait staff is attentive and knowledgeable; though I wouldn’t recommend asking the bartender for a tour of the brewery on a busy Friday night! Yeesh!

We have been there for anniversary parties, guys’ nights and just catching up with old friends. The brewery itself is a smaller portion of the actual facility, but they seem to always have beer pumping!

With 29 of their beers under my belt, I have some suggestions on which to try, which I will discuss later. Also if you ever find a place that’s providing samples of ABC beers, go there immediately! ABC usually will have some specialties that might be out for the occasion such as Black Friday Buffalo Trace Bourbon Aged or Mango Habanero White Ipa.

Now let’s just say you are a bit indecisive, or you just want to try everything ABC has to offer at the time. Problem solved; just order their 12 sampler flight tray. It’s a two tier sampler, on a Lazy Susan style tray with a full 12 samples of beer. It’s “meant” for two people.  For just $9.oo (U.S) you can savor 6 of their on-menu beers and 6 of their current seasonal brews.

If you aren’t feeling that adventurous, you may purchase a 6 sampler or a 4 sampler. Or just get what you like in an 8oz, 12oz, or 16oz glass. I strongly recommend their Gone Postal IPA, truly a balanced IPA marvel.  Of course, they don’t just serve beer their own beer. With a bounteous variety of craft brews and a full bar, anyone you bring should have their palate satisfied.

If you’re hungry, they have a great variety of good ‘ol American bar food.  But don’t let that deter you if you are conscientious of the food you consume, they have healthy alternatives too.  From Roasted Red Pepper Hummus with veggies to a mixed sausage platter, and even a homemade large pretzel serves with smoked cheddar there’s enough for every palate for appetizers. If these don’t fill you, try their shepherd’s pie, Meatloaf or burgers. Yes they do have soup and salad.  Included with the “Pub Favorites” menu are recommended beer pairings so sample and enjoy!

So if you are in Amherst, and want a nice place to sit down, relax and enjoy great service, food and drink; stop into Amherst Brewing and sample a bit of Massachusetts.

Next article will be a few of my favorite beers from ABC. 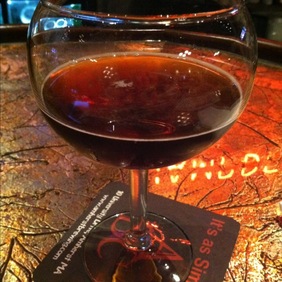