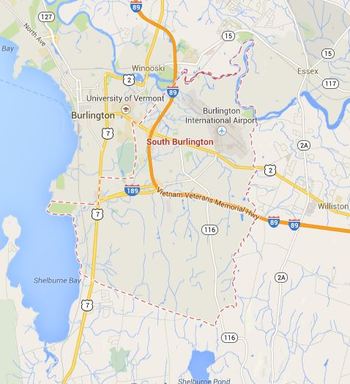 A friend of mine, who happens to consult for a large and well known local brewery in MA, is what one would call a Beer Scientist.  Not only can he tell by taste all the ingredients in the beer, but he can pinpoint how many measurements of certain ingredients are needed to improve a beer’s quality. His basement is like a laboratory for beer, with concoctions and experiments just waiting to be unleashed into the world.

I inquired of him one day, ‘What got you into beer?’  His response? “I lived in Vermont for most of my life. And up there, there’s really not much to do other than farm or make beer. I’m not much of a farmer.”  So begins our story.

Vermont contributes a lot to the agricultural society in the Northeast of the USA. Ben & Jerry’s ice cream, CABOT cheese, Flannel, Maple Syrup, and yes Beer. Among the scenic green mountainous landscapes, the majestic ski slopes and beautiful tranquility of Lake Champlain, you will find a delicious beverages of a vast variety of breweries nestled within the state.

Today I will be focusing on just one area which is bustling with breweries; Burlington, South Burlington to be exact. For years in my childhood, I would visit just north of this city to stay on Lake Champlain. Being an American adolescent, beer wasn’t my focus and I had no idea of how close I was to the bounteous gifts of brew VT had to offer.

When it comes to VT beer, maybe you think of Otter Creek, Long Trail and maybe the ever expanding Harpoon. But let’s take a visit to some other lesser known breweries, some of which you can only experience in Burlington. 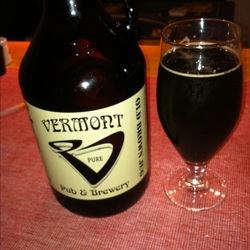 The Vermont Pub & Brewery – 144 College St, Burlington
I was first introduced to this brewery when my frind was having his Jack & Jill.  While on the way to  we stopped at The Alchemist before it flooded.
Since we don’t head up to VT as much anymore (soon to change) we wanted to hit a local brewery.
I ordered a sampler, but the two that stood out were the Tulach Leis and Handsome Micks, which was one of the best stouts I have ever had. In fact the stout felt like you just had a steak dinner, satisfying and fulfilling.
The only problem is they only sell it on tap, no growlers. That just means you have to visit, but contact them first because it may not be in season.
Literally a stone’s throw away is… 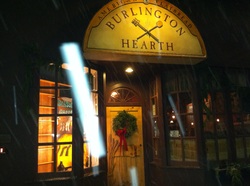 …This brewery is impressive. You won’t even notice it unless you are really looking. Joined with American Flatbread; you get the delicious menu of hand crafted artisan bread with an endless variety of toppings baked right in front of your eyes, plus the elegance and freshness of the craft brew made right on site. Whether its a delicous and earthy Black Cat porter, and IPA or even a delicious Ripley Tripel, you are in for a treat. Check their site out for what is available on tap. 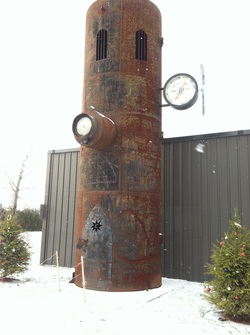 I’ll be honest, I usually am not a big fan of Magic Hat, but once I visited their brewery I became a believer.  They have a great brewery, knowledgeable staff and a great selection of samples.

If you really want to be “wowed” try their  Heart of Darkness on tap and their Graupel. You won’t be disappointed. Having these in the bottle just doesn’t do them justice.

Their gift shop is pretty fun and the artwork throughout the facility is quite eye catching.

The following I have not personally visited but please click on their links to see more about them. 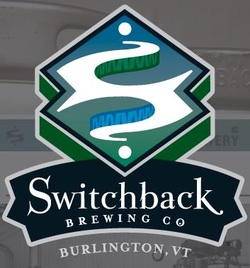 So of the above, mentioned earlier, I have only been to three of the breweries.  The disappointment ratio is little to none.  So if you are in the area, or if you want to sample the best of New England brews, make a trip to the Burglington area. If you are not satisfied, maybe you have to raise your standards some.

Another bonus on visiting Burlington, depending on which way you travel, you may pass one or four more breweries. Make sure you keep a designated driver in your trunk for such a trip.  And if you are up for the challenge, don’t forget the VT BEER PASSPORT, this will take you places!